Airway clearance techniques (ACTs) are efficient treatments that help people with cystic fibrosis (CF) and other ciliary dysfunction, COPD with secretion of > 30mL/day, bronchiectasis, sub-acute asthma with secretions and post-operative or chronic atelectasis stay healthy and breathe easier with the least energy expended. ACTs loosen thick, sticky lung mucus so it can be cleared by coughing or huffing. Clearing the airways reduces lung infections and improves lung function. There are many ACTs. ACTs are safe. Most are easy to do. Some require the assistance of a therapist or nurse, but most can be done by the patient themselves.

ACTs are often used with other treatments, like inhaled bronchodilators and antibiotics. Bronchodilators should be taken before or with ACTs to open airways. Inhaled antibiotics should be taken after ACTs to treat opened airways. Your healthcare team will help you choose the best ACT and other treatments. Your routine should be reviewed annually or as your condition dictates by your healthcare team.

Learning about breathing and the lungs can help you to see how ACTs work (see How the Lungs Work for more information). ACTs move mucus from small to large (more central) airways to be coughed or huffed out. The right lung has three lobes: the upper, middle and lower lobes. The left lung has two lobes: the upper and lower lobes. Lobes divide into smaller segments. ACTs clear these segments. Each segment has airways (bronchi), air sacs (alveoli) and blood vessels (arteries, veins and capillaries). Oxygen and carbon dioxide flow between the blood and air through the air sacs.

The lungs make mucus to help defend against germs. Certain lung diseases as well as prolonged inactivity change the mucus, making it thick and hard to clear. This mucus is where infections can occur. Infections cause inflammation or swelling of the lungs. Both infections and inflammation cause more mucus to be made. More mucus in the lungs can lead to more infections and difficulty breathing. This cycle of infection, inflammation and more mucus can hurt the lungs and decrease your ability to breathe. Antibiotics treat infections, not the presence of mucus. They make you feel better but, over time, the damage builds. This is why your healthcare team may advice you to continue ACTs even when you are well. When you get sick, do them more often.

Efficient Airway Clearance Techniques (ACT) should get up the most sputum in the shortest time with the least energy expended.  If you have questions or need help deciding which techniques will be of greatest benefit to you, please consult your doctor or ask a therapist at the Asthma & Lung Center. 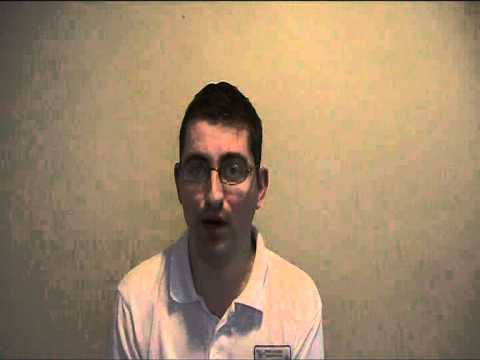 Coughing is the most basic ACT. It is a reflex. It clears mucus with high speed airflow. But sometimes mucus cannot be cleared just with a lot of coughing. Coughing a lot can make you feel more short of breath and worse, not better. Huffing is a type of cough. It also involves taking a breath in and actively exhaling. It is more like “huffing” onto a mirror or window to steam it up. It is not as forceful as a cough but can work better and be less tiring.  See Coughing Effectively for more information.

Chest Physical Therapy (CPT or Chest PT) or Postural Drainage with and without Percussion (PD&P or PD) is an ACT that often includes postural drainage and chest percussion. With postural drainage, the person gets in varied positions (postures) that drain mucus from different lung parts. 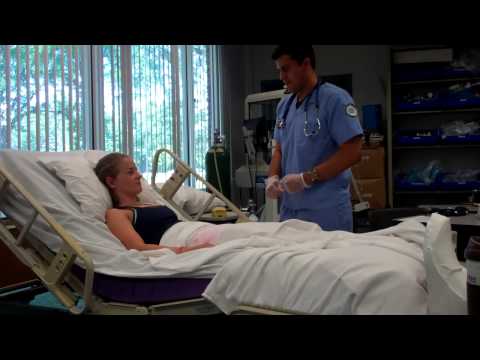 Gravity pulls mucus from small to large airways where it can be coughed up. With chest percussion the chest is clapped and vibrated to dislodge and move mucus. This is done in varied positions to drain all lung parts. See Postural Drainage for more information on a self-administered procedure not requiring percussion.

Oscillating Positive Expiratory Pressure (Oscillating PEP) is an ACT where the person blows all the way out many times through a device. Types of Oscillating PEP devices include the FlutterTM, AcapellaTM, CornetTM and Intrapulmonary Percussive Ventilation (IPV). Breathing with these devices vibrates the large and small airways. This vibration thins, dislodges and moves mucus. After blowing through the device many times, the person coughs or huffs. This cycle is repeated many times.

Games and toys can help strengthen your lungs and develop breathing control, while making therapy fun. Horns, flutes and harmonicas are a great way to practice breathing control and to give your lungs a good work-out. Cotton ball races—blowing cotton balls across a table with a straw—is a good game that you can play with grandkids, friends or partner. Blowing bubbles, pinwheels and kazoos also make treatment fun. 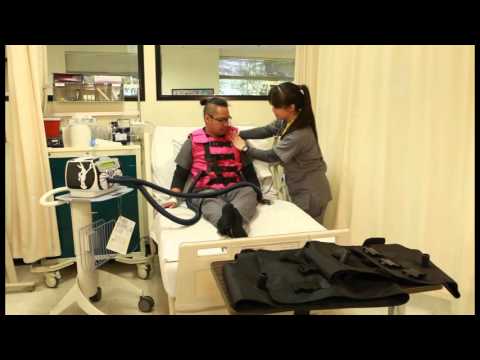 High-frequency Chest Wall Oscillation also is called the Vest or Oscillator. An inflatable vest is attached to a machine that vibrates it at high frequency. The vest vibrates the chest to loosen and thin mucus. Every five minutes the person stops the machine and coughs or huffs.

Positive Expiratory Pressure (PEP) therapy gets air into the lungs and behind the mucus using extra (collateral) airways. PEP holds airways open, keeping them from closing. A PEP system includes a mask or mouthpiece attached to a resistor set by your healthcare team. The person breathes in normally and breathes out a little harder against the resistance.  Each treatment should be done twice a day for 15-20 minutes.

An alternative technique would be to use pursed lip breathing. For more information, see Breathing Exercises. 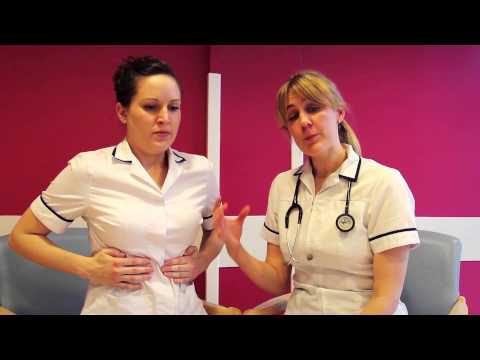 Active Cycle of Breathing Technique (ACBT) involves a set of breathing techniques. It can be changed to meet each person’s needs. It gets air behind mucus, lowers airway spasm and clears mucus. It includes: 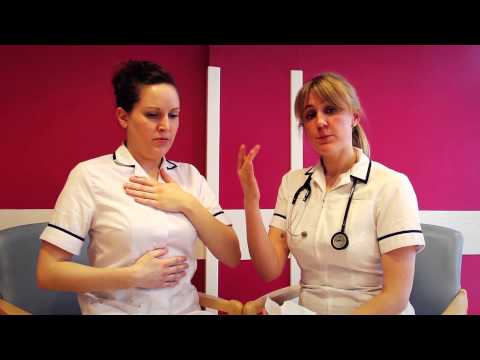 The person inhales to different levels and then adjusts how they breathe out to heighten airflow and move mucus. Autogenic drainage does not utilize Postural Drainage positions but is performed while sitting upright. At first, AD takes hard work and practice.

If your mucus is consistently any color other than clean, contact your healthcare provider.

This is a brief overview of some of the ACTs used. ACTs can be varied based on your disease, your physical condition, and the rehab center you use. Your healthcare team will help you choose what is best for you.